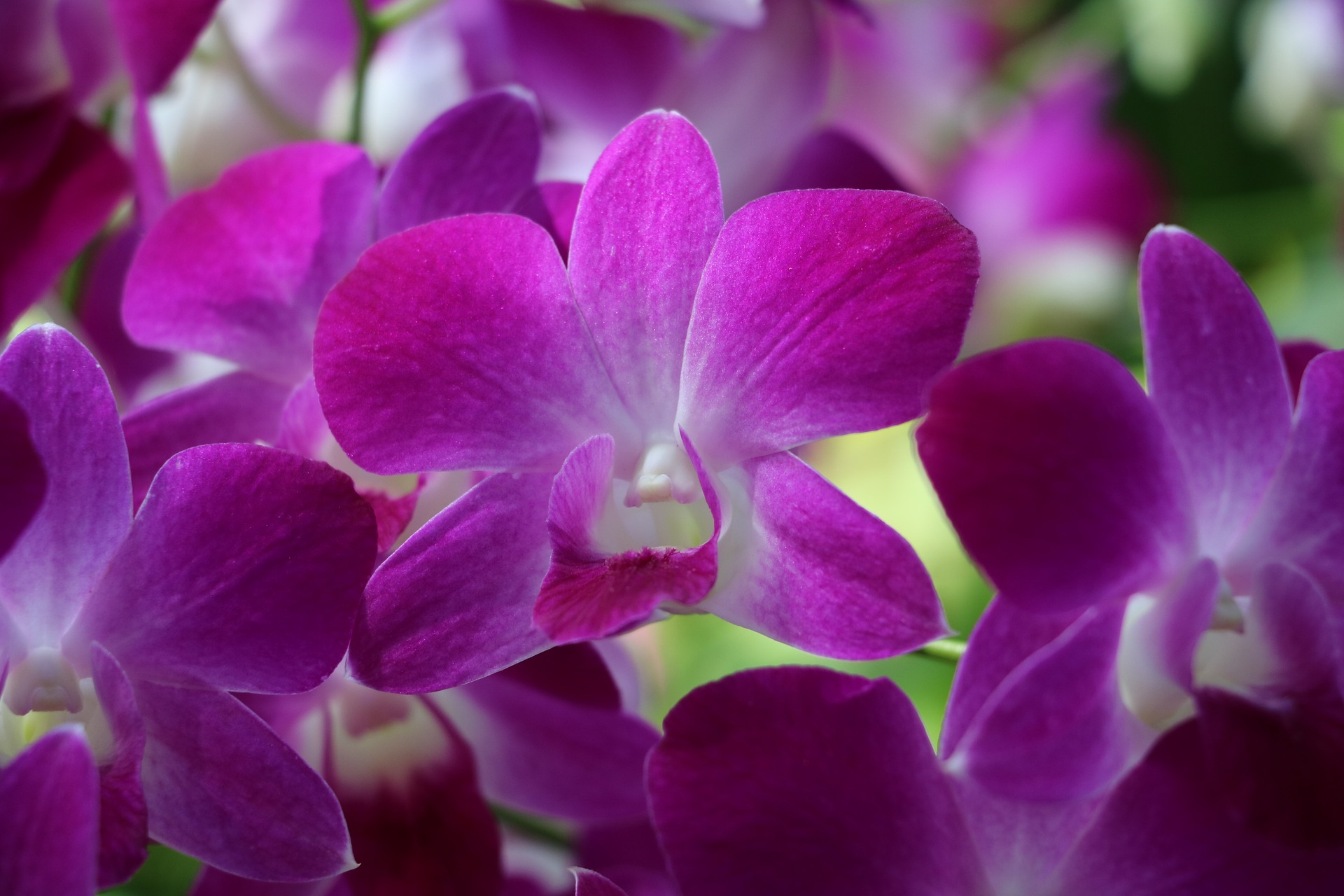 Dendrobium is a genus of mostly epiphytic and lithophytic orchids in the family Orchidaceae. It is a very large genus, containing more than 1,800 species that are found in diverse habitats throughout much of south, east and southeast Asia, including China, Japan, India, the Philippines, Indonesia, Australia, New Guinea, Vietnam and many of the islands of the Pacific. Orchids in this genus have roots that creep over the surface of trees or rocks, rarely having their roots in soil. Up to six leaves develop in a tuft at the tip of a shoot and from one to a large number of flowers are arranged along an unbranched flowering stem. Several attempts have been made to separate Dendrobium into smaller genera, but most have not been accepted by the World Checklist of Selected Plant Families.